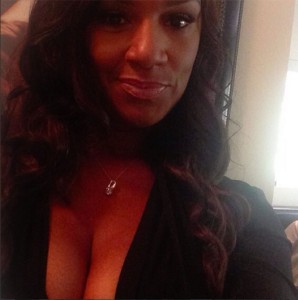 We are now in the third season of VH1’s Basketball Wives LA. After watching the premiere episode in 2011 I was sure that might be the last season of the series. Three years later the show continues and Jackie Christie, the most hated cast member, is still around and earning big bucks. Although ratings declined in season 2 VH1 cut a few cast members to allow Draya Michele and Jackie Christie to return with a pay raise. It was reported Jackie and Draya’s salary is over $100,000 this season. But Jackie is doing so much more than airing her dirty laundry on tv. She’s come along ways in her career from being just an NBA player’s wife. Today she is running multiple businesses, even though most of them have failed, Jackie is still pushing forward with something new every minute. Talk about chasing money!