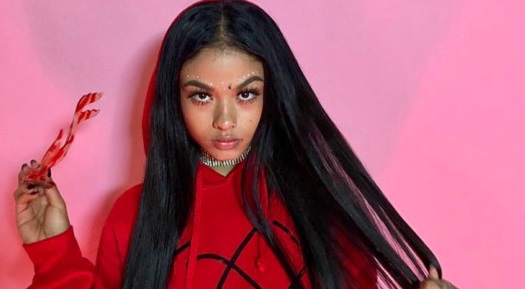 It’s a little hard to believe one of instagram’s hottest and most provocative star’s India Love just turned 21. She’s been rumored to have been with soooo many celebrities and was at the center of drama with rap’s most popular. Drake, Soulja Boy, and others. But despite being hailed as a beauty the 21 year old detailed on her instagram page about her struggles to embrace her own body.

India wrote about her early chest development while still in middle school. And even went on to talk about the shame she felt for not having a big bottom.

Most fans would find that hard to believe. This ebauty flaunts her self on social media all day like it’s a job. And she’s even made crazy money for her photos. She’s been featured on t-shirts, in magazines and editorials and her look got her a reality show. BET thought they struck gold with the model and her sisters. The network had hoped to create a Black “Keeping Up With The Kardashians”. But “The Westbrooks’ only had one season and didn’t manage to garner enough viewers. But it did help to build her brand and expand her to new audiences.

India Love does speaking engagements and yes she charges for those too. But being 21 and being on the tongues of rappers and having thousands hit the like button all day for, is kind of a dope lifestyle. So happy Birthday India!